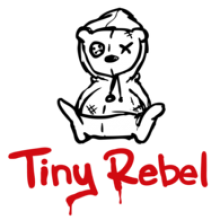 SIBA Brewery Business of the Year and International Beer Challenge UK Brewer of the Year 2016.

From two guys in a garage to a bespoke brewery with thousands of fans, we've grown a lot since 2012. Since then, every year has been bigger and better. We're showing no signs of slowing down though! We've got countless projects on the go and some exciting stuff to show off soon!

We started with just two, but there are a few more of us these days! We have dedicated teams across Production, Packaging, Logistics, Finance, Sales and Marketing, all working together in the service of great beer. And each of them have their own little bear!

Brewery website
Unfortunately, we do not have any products that match your search. Please try a different selection.

There are no products in your shopping cart.