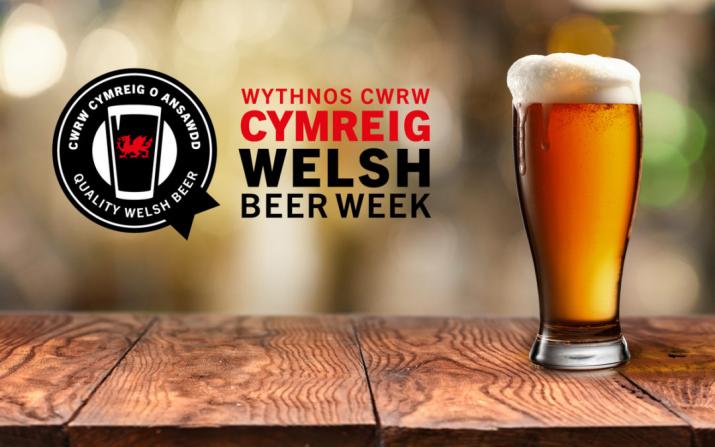 Founded by Dave and Emma Faragher in 2015 and inspired by North American craft beers and a love of brewing, the brewery has gone from producing 250 litres a week to 350,000 litres a year.  One of our most popular beers on tap is their Nokota.  A hazy, fruity session IPA and at 3.8% abv is following the trend for low alcohol beers.

Launched in a cowshed nearly 10 years ago Cwrw Llyn is a small brewery in Nefyn on the Llyn Peninsula producing delicious characterful beers inspired by the history, people and landscape of North Wales.

Last but not least, the very local and very good Geipel Brewery specialising in bottom fermented beers, most commonly known as lager, and brewed only 4 miles away in Gelliodd.  The Pilsner is by far our most popular beer.

Welsh Beer Week 8 - 14 March
Saturday, 7 March, 2020 - 20:53
It’s Welsh Beer Week, although every week and every day is Welsh Beer Week in Stori.  To start the week, we’d like to introduce some of our top selling brands: Wild Horse, Llandudno Founded by Dave and Emma Faragher in 2015 and...